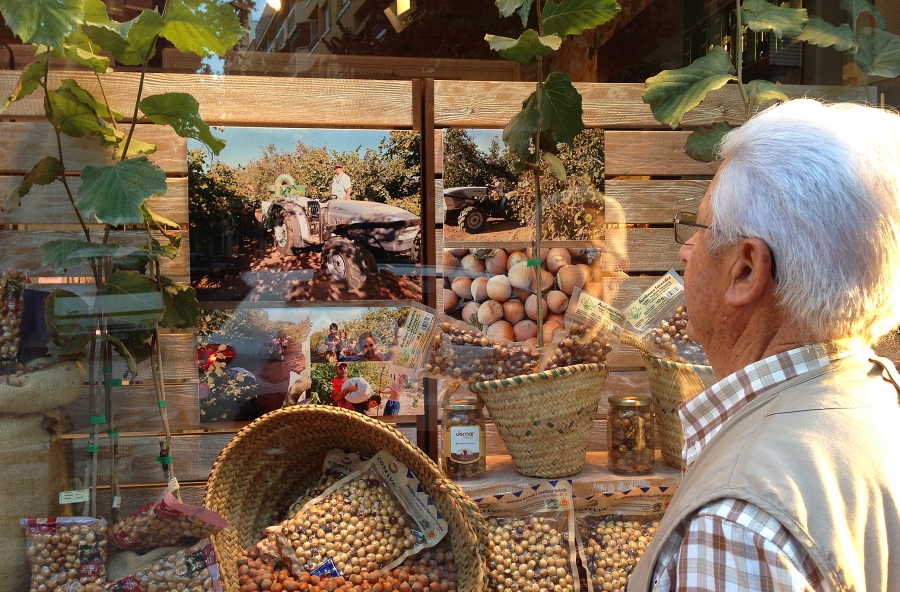 Reus Hazelnut has the distinction as Protected Designation of Origin (PDO).

Reus Hazelnut has the distinction as Protected Designation of Origin (PDO) recognized by the Generalitat of Catalonia. The DOP occupies the regions of the province of Tarragona, in Catalonia but there are also farms outside the DOP but compared very small. By counties that produce are: Baix Camp, Alt Camp, Tarragonès, Priorat, Conca de Barberà and Terra Alta. Currently, Reus centralizes 80% of trade in all state production. In fact, the 6 counties of the denomination account for 95% of the state production of this dried fruit. In the beginning, the collection was manual, currently pickers-cleaning machines, starting work in early September to October are employed.

Hazelnuts to be included within the PDO must have certain measures and must be of traditional varieties of these regions: Bold (the most cultivated), Pauetet, Gironella, Morella and culplana. Hazelnut of Reus is smaller, has more flavor, odor, is sweeter and less whitish than Turkish, its great competitor. The presentation of these hazelnuts is diverse: in shell (as it has been collected), beans and toast. Hazelnut cultivation is present in Tarragona for more than 600 years ago. Already since 1271 the Lonja de Barcelona had a commission trade of this fruit, and during the thirteenth and fourteenth century, was consolidated. In 1862 a meeting of the prestigious San Isidro Catalan Agricultural Institute recommended the change of the vineyards by hazels to the crisis in the sector.

From Crisis to DOP

This dried fruit and the industry have passed various crises in recent years. The competence of the Turkish hazelnut has left the ground many times the price of this product seriously affecting the sector. The deepest crisis began in 1990 and lasted until 2002. Throughout this period has passed over 35,000 hectares in the early nineties to the current 16,000. For two years, reducing production sector in Turkey has led to an improvement in prices and has eased the situation of European farmers Hazelnut.

Since agricultural organizations it has defended the multifunctional and roots of the population in the territory of the crop value, to prevent their likely disappearance in a context of total free trade. One of the highest claims had been getting a permanent support for the sector to ensure its survival, that after numerous protests, was awarded to the last reform of the Common Agricultural Policy (CAP). "To avoid price shocks we have to do is balance supply and demand is around 500,000 tons worldwide.

"The PDO Avellana de Reus was raised among producers for the first time between 1988-89 due to the crisis in the sector caused by the massive influx of Turkish hazelnut low price. The goal was to differentiate the product to the consumer of a competitor that offered a good price but not much quality as the Catalans crops, "says Guinovart." a DOP is a value added market differentiation in a context of economic globalization. but this value is not obtained immediately, should work to publicize the consumer. "it is necessary that, while is knowledgeable citizens, also has to make it accessible quality product in the distribution chain, so we had to work hard to get close 40,000 kg on the market with the seal of the PDO "says Guinovart. Lately, the Generalitat of Catalonia has made a campaign promoting products with denominations of origin or geographical.

The hazelnut is highly valued in the food sector. Its main uses are the pastry to make chocolates, chocolate, candies, ice cream, but also consumed toast as an appetizer and dessert. Another is the sauces and bites of which the best known is the romesco that is used for calçots. The nutrient composition containing hazelnuts is 16% protein, 6% fat, 16% carbohydrate and 6% water, which makes them important for hazelnuts.