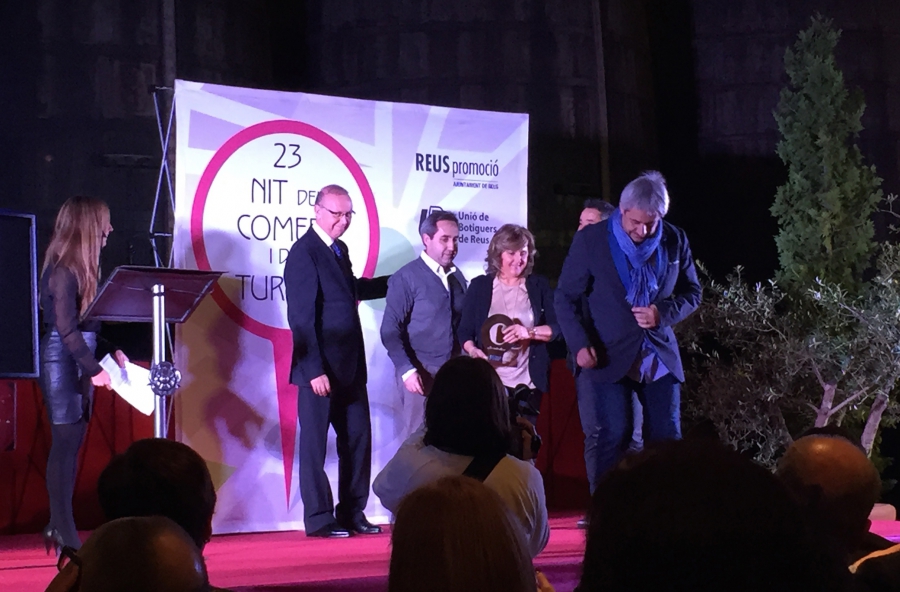 The last 29/11/14, we received the award ser Botiguer- Quarta Edició Cambra of Reus

The XXIII Night of Commerce and Tourism Reus took place on November 29 in the Vermouth Rofes Restaurant, organized by the Reus Promotion Agency, the Union of Traders Reus and DOP Siurana Control Board.

Night of Commerce and Tourism is the annual meeting of the commercial and tourist sectors of the city, and also features the participation of the DOP Siurana sector. During the ceremony several awards and honors by the City Promotion Agency, the Union of Traders Reus and the Regulatory Council of the PDO Siurana delivered. This year the awards of the Chamber of Commerce and Bakers Guild of Reus and Shire were incorporated.

The event was divided into two parts: the first, in which awards and distinctions, and the second were delivered, which is served up dinner. The event was enlivened by the string trio Montsant.